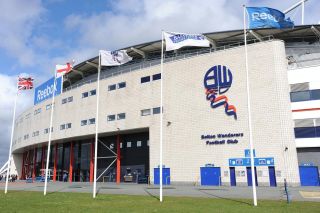 Bolton’s friendly trip to Chester on Friday has been called off after the players issued a statement claiming they have been put under “severe mental and emotional stress”.

Members of the Wanderers squad say they and the coaching staff have not been paid for 20 weeks, while they returned to pre-season to find their training facilities locked up.

The League One club is currently in administration as prospective buyers attempt to complete a takeover.

In the joint statement, they said: “The players and coaching staff have not been paid by the club for 20 weeks and the administrators have not offered any financial assistance. It is our understanding that there are sufficient funds to provide financial help immediately, but there has been none.

“As we have stated in a previous statement, all this has caused severe mental and emotional stress, affecting both our professional and personal lives, and this has now only increased. Certain individuals are in need of support and none has been forthcoming from the club.

“With the new season looming, it is becoming impossible to prepare correctly for the challenge ahead.

“Contracted players and staff have returned to what they hoped would be a resolved situation and a fresh start for everyone.

“They have undertaken their duties and obligations with diligence and professionalism but how long is it reasonable for us to do so without being paid?”

Chester confirmed cancellation of the friendly in a statement on their official website.

It said: “Chester Football Club can confirm that Friday’s planned pre-season friendly at the Deva Stadium against Bolton Wanderers has now unfortunately been called off.

“We apologise for any inconvenience caused, and wish the players, supporters and staff at Bolton Wanderers the best of luck as they search for a resolution in a difficult time for their great football club.”