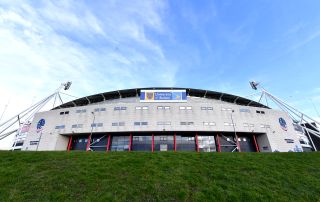 Bolton’s players have threatened to go on strike for the remainder of the season in protest at unpaid salaries.

The cash-strapped Sky Bet Championship club, relegated to the third tier last week, are in the process of completing a takeover, but that has yet to be ratified by the English Football League.

Press Association Sport understands the EFL is assisting Bolton in a bid to prevent players boycotting Saturday’s home game against Brentford and their final match of the season at Nottingham Forest a week on Sunday.

A statement released on behalf of Bolton’s players read: “The long-running financial crisis at our club has been well documented. As has the fact that we, the playing staff have yet to receive our March salaries.

“Five of our coaching staff are also yet to be paid for March.

“We have endeavoured to continue our training and playing commitments during this extremely difficult time, with seemingly no resolution in sight.”

Bolton were granted a further stay of execution by the High Court earlier this month.

The Sky Bet Championship outfit faced a winding-up petition on April 3 over an unpaid tax bill but the case has been adjourned until May 8 to allow the proposed sale of the club to proceed.

It was the sixth time in the last 18 months that Bolton have faced a winding-up order, which could result in administration or liquidation. The latest one was issued in February by HMRC over debts of £1.2million.

Former Watford owner Laurence Bassini has agreed a deal to buy Bolton, subject to approval from the EFL.

The club said “significant funds” would be made available to pay wages and some creditors before the deal is ratified, with all debts to HRMC and suppliers settled once it has been completed.

The players’ statement added: “We thought that the prospective takeover of the club would provide a solution, but difficulties in its completion has left us no further forward.

“This situation is creating mounting mental, emotional and financial burdens for people through no fault of their own.

“The mental pressure has affected some people to the extent that they feel they are unable to perform their jobs sufficiently.

“These are unprecedented circumstances and are affecting every aspect of our lives, placing great strain on ourselves and our families.

“During this time we have remained patient in hope of some explanation but information from the club has been extremely limited and very confusing. What we have been told changes constantly.

“With deep regret, we have decided not to fulfil our remaining fixtures unless we are paid. We understand that this will disappoint our fans and for this, we sincerely apologise.

“We realise this may be seen as drastic action but we feel we have no other options left. This decision has not been taken lightly and is not a reaction to this one particular incident.

“We have suffered numerous issues this season, and recent seasons. Brought on by the mismanagement of this club.

“We have been operating in a near-untenable environment for some time and it is the accumulation of these issues that have resulted in our decision.”

Bolton could not be contacted by Press Association Sport, while the players’ proposed strike has received the full backing of the Professional Footballers’ Association.

The PFA said: “The PFA supports the actions of the Bolton Wanderers players.

“The players have shown great patience and loyalty towards the club all season, but today, they have reached a point where action is necessary.

“The PFA has been working with the club since the beginning of the season and we have done all we can to resolve this issue including giving Bolton Wanderers a substantial loan to cover players’ salaries in December.