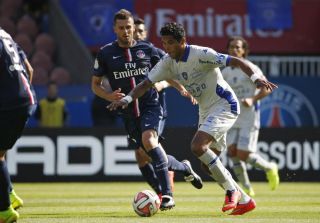 Brandao landed himself in hot water following Bastia's 2-0 defeat to Ligue 1 champions Paris Saint-Germain on Saturday, when footage emerged of the Brazilian headbutting Motta in the tunnel post-game.

The incident left PSG midfielder Motta with a broken hose, leading to calls for a life-time ban from club president Nasser Al-Khelaifi.

Bastia opted not to take action against their player, suggesting the 34-year-old had been provoked.

And Brandao issued an apology on his official Facebook and Twitter pages, though later deleted the posts.

"I want to ask forgiveness from my colleague Thiago Motta and my team-mates for that gesture, it said in a post," the Brazilian said.

"I regret my attitude but I can count on the understanding of those who know me."