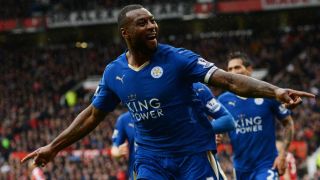 The centre-back, who made the switch to Leicester in 2012, played every minute as the Foxes completed a scarcely believable title triumph last season.

And the 32-year-old has now committed to Claudio Ranieri's side for at least the next three years.

"To commit my future to Leicester City is a wonderful feeling. Everyone knows how I feel about playing for this club and with my team-mates, so I'm proud to have the chance to carry on wearing the shirt long term," he told the club's official website.

"Lifting that Premier League trophy was a moment I will never forget and it's still sinking in. Now we've got to give it everything to defend it as well as showing what we can do in the Champions League.

"We all know that what we've got in that dressing room is something special, so I can't wait to get the new season started with the boys so we can once again give it our best for each other and for our fantastic supporters."