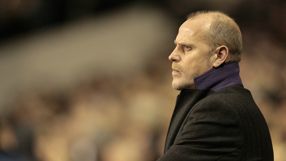 Shaaf, a former junior and senior Werder player before taking over as coach in 1999, has been a loyal servant but his once untouchable position is under intense scrutiny.

Werder are without a win in their last seven games in all competitions, have conceded 13 goals in their last four Bundesliga games and were thumped 3-0 by Tottenham Hotspur in the Champions League on Wednesday to stay rooted to the bottom of Group A.

"My position is not that important at the moment. It is the team that counts," said Schaaf, whose side sit 12th in the 18-team Bundesliga.

The club have vehemently denied that Schaaf threatened his players with his resignation this week, saying the board was still fully behind the coach.

Schaaf has been unable to fill the midfield void left by the departure of Mesut Ozil to Real Madrid while several expensive signings, including defender Mikael Silvestre and striker Marko Arnautovic, have flopped.

While defeat at Spurs was not going to be a deciding game for Schaaf, who was missing 10 players through injury and suspension, the St Pauli clash may well be.

"The team just needs to keep the head above the water now," Schaaf said after their Champions League exit.

"At the moment we cannot make any leaps forward, just baby steps. We have to try to work ourselves out of this situation. We still believe this team is capable of playing better football than it does at the moment."

Schaaf has been handed a boost with Peruvian striker Claudio Pizarro likely to return after recovering from a muscle injury.

Bundesliga leaders Borussia Dortmund, seven points clear on 34 points, could make it 12 wins out of 14 games when they host bottom-placed Borussia Moenchengladbach.