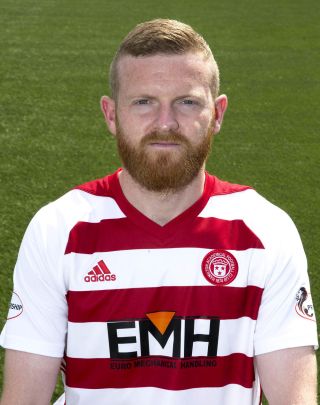 Brian Easton has agreed an additional year to his contract at Hamilton.

The 31-year-old defender has committed his future to the Ladbrokes Premiership outfit until at least 2021.

Easton came through the ranks at Accies before leaving for Burnley in 2009 and, after moves to Dundee and St Johnstone, which followed a loan spell at Accies, he returned to the Lanarkshire club last May.

Speaking to Hamilton’s official website, he said: “I’m delighted to commit my future to the team where it all began for me.

“I came through the academy here at Hamilton and I’m happy to be here now as a senior player.

“I’m fortunate enough to have played here alongside the likes of (James) McCarthy and (James) McArthur and now we’ve got young Jamie Hamilton and Lewis Smith, so not much has changed really except I’m now helping these younger lads through.”

Easton, who has predominantly taken on the role as captain this season, looks set to lead the team out against Edinburgh City in the William Hill Scottish Cup at the weekend.