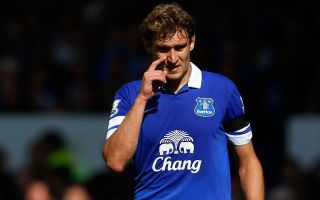 It was confirmed on Friday that Hull have agreed a fee with Everton for the Croatia international, who has struggled for first-team action at Goodison Park this season following the loan signing of Romelu Lukaku.

And, before Saturday's home fixture against Chelsea, Bruce revealed that he feels Jelavic could be available for selection at Carrow Road next week.

"The way the media is, it pounced on the news within hours. Let's see if we can meet the boy, finalise the terms and hope he's in the squad for next week."

Bruce went on to say that Hull are also in negotiations over the possibility of signing West Brom striker Shane Long, who agreed to move to the KC Stadium in the close-season before former Hawthorns head coach Steve Clarke pulled the plug on the transfer.

However, the 53-year-old admitted that the arrival of Pepe Mel as Clarke's replacement on Thursday could scupper any deal for the Republic of Ireland international.