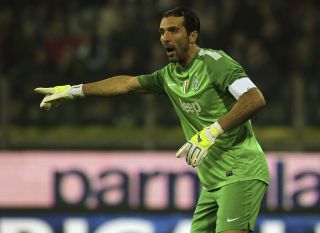 Buffon's position with the Italy national team has come under fire this season after some Italian pundits took exception to errors made by Juventus' veteran goalkeeper in the opening months of the Serie A season.

In Spain, a public debate over the future of number one goalkeeper Iker Casillas, sparked by him being dropping behind Diego Lopez at Real Madrid, has cast serious doubts on whether the 32-year-old national team captain will play at next year's World Cup finals.

But in Italy, Prandelli has refused to buy into concerns surrounding Buffon ahead of his team's friendly against Germany on November 15.

"I would never doubt Buffon; he will be our first choice at the World Cup. Full stop," Prandelli told Tuttosport on Friday.

"I am convinced that his personality, his charisma and his desire to be considered as the best in the world will be effective weapons.

"He knows that by playing in the role he does that one mistake will see him finish up in the eye of a storm."

But he came under fire for the way he let Giuseppe Rossi's equaliser through in Juventus' 4-2 loss to Fiorentina last month.