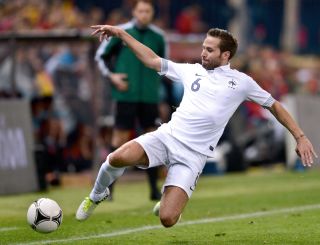 The 27-year-old was not involved in France's 2014 FIFA World Cup qualifiers against Georgia and Belarus in September, or an August friendly with Belgium.

Cabaye was left out of the squad as doubt over his future raged, with the playmaker refusing to represent Newcastle in an attempt to move elsewhere.

But despite Arsenal and Paris Saint-Germain being keen on Cabaye, he has remained at Newcastle, and his form has earned him an international recall for the upcoming fixtures against Australia and Finland.

And the former Lille man is delighted to be back involved in Didier Deschamps' set-up.

"I've missed it. It's not easy to stay at home when you see the national team playing and you have the chance to be there," Cabaye said.

"I was left out for various reasons, mostly because I wasn't playing with my club. It's been a long time since I played.

"That gave me more hunger and motivation to give more of myself, play good games, and come back as quickly as possible. I'm here today and I'm very happy."

France are set to go through the play-offs in their bid to reach their 2014 FIFA World Cup, with Spain likely to qualify automatically given they top Group I on goal difference and have a game in hand on Deschamps' men.

Cabaye has his fingers crossed that France qualify though, and is hopeful of playing his part in next year's tournament in Brazil.

"It's going to take a very good season with my club, try and get the best possible results and be in the 23-man squad for the World Cup, if we qualify," he said.

"I prepared all summer long to be ready for this season, and I'm continuing to work.

"The months of August and September when I wasn't called up gave me extra strength to come back very quickly. Now I want to stay with Les Bleus for as long as possible."