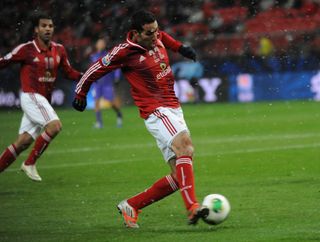 The Egyptian Premier League table-toppers secured the draw thanks to Aboutrika's effort on the stroke of half-time, leaving the tie wide open going into the second leg later this month.

After Saturday's postponement – which saw the match abandoned at 0-0 after 65 minutes due to a waterlogged pitch – the two sides returned to Garoua to replay the match just one day later.

Cameroon's Cotonsport started quicker, with the hosts coming close to opening the scoring in the fifth minute through Jusly Boukama-Kaya, who saw his low strike drift just wide.

Emmanuel Mbongo netted the opener in the 33rd minute for Cotonsport, as he outpaced Sherif Abdel-Fadil to collect a through-ball.

The 20-year-old then cut inside another defender before firing past Al Ahly goalkeeper Sherif Ekramy from close range.

Mbongo then missed another chance, before Aboutrika levelled proceedings with a clever strike, which was his third of the competition.

The 34-year-old beat his marker with a neat touch and placed his shot beyond Cotonsport goalkeeper Loic Feudjou.

The hosts piled on the pressure in the second half but could not find the clinical touch, and they were nearly punished, only for Al Sayed Hamdy to drag wide of goal when presented with a terrific chance.

But both sides had to settle for a point though, extending Al Ahly's unbeaten run in the competition to five games ahead of the second leg, which they will host on October 20.