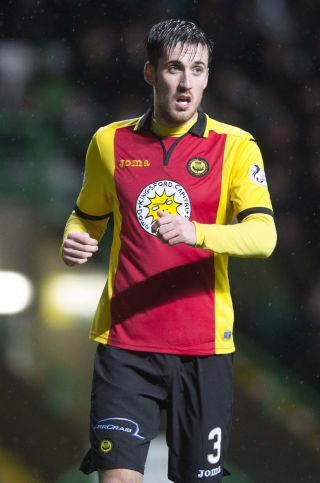 Rangers will meet a different challenge when they face St Johnstone for the second time this season, says Saints defender Callum Booth.

The Perth side were in the midst of a terrible start to the season when the Light Blues won 4-0 at McDiarmid Park in September and the home side ended the weekend bottom of the table.

However,  boss Tommy Wright has hauled them back up to eighth place, one point behind Kilmarnock with a game in hand over the Ayrshire side and they go into Sunday’s home match against Rangers with three wins and two draws in their last five games.

“Yes there is definitely a different feel about it since the last time we played Rangers here,” Booth told SaintsTV.

“The run we have been on, we are playing really well and we feel we have a really good chance on Sunday.

“Obviously it is going to be a tough game but we are in really good spirits but we need to keep doing the things that made us do well over the last couple of weeks.

“The performances have picked up before and after Christmas.”

The former Hibernian, Partick Thistle and Dundee United defender admits with improving results has come a better atmosphere around the club.

He said: “It is a happier place around the training ground.

“The staff are happier, the players are happier everyone at the club is a bit happier.

“St Johnstone hadn’t really been in that position before, the position we found ourselves in at the start of the season.

“It was difficult but hopefully we have managed to come through it but we need to look forward now and hopefully we can push on and get top six.”