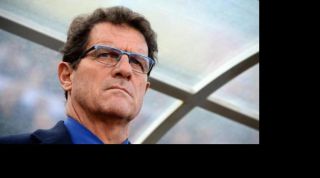 Capello has been at the helm of the Russian national team since replacing Dutchman Guus Hiddink in 2012.

The 67-year-old Italian was rewarded with a new four-year contract in January after securing Russia's place at the upcoming World Cup in Brazil.

But the veteran intends to bow out of management after Russia host the showpiece event in four years' time.

"Russia is my last job. I want to be like Alex Ferguson. He quit at 72, I will resign being a year younger."

In the meantime, Capello's sole focus is this year's World Cup, which gets underway in June.

Russia have been drawn in Group H alongside South Korea, Belgium and Algeria.

The 18th-ranked national have never made it out of the group stages in their only two previous appearances but Capello has already set his sights on the quarter-finals.

"We want to reach the quarter-finals in Brazil but sometimes if you play really well any surprises are possible," said Capello.

"Just remember that nobody expected us to finish top of our qualifying group but we did it."

He added: "Russia's players are completely focused on the World Cup.

"After 12 years of absence at the world football feast they want to perform at their best, to win something. And they’re ready to show their best to achieve a top-class result in Brazil."

Russia kick-off their campaign against South Korea in Cuiaba on June 17.