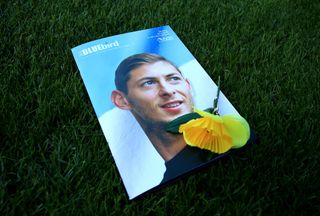 Cardiff will tell FIFA that Emiliano Sala’s move from Nantes was invalid when the club responds to a complaint over their refusal to pay the Ligue 1 outfit his £15million transfer fee.

The 28-year-old Argentinian striker died in a plane crash in the English Channel on January 21, two days after the Premier League club had announced him as their record signing “subject to international clearance”.

But Press Association Sport understands that Cardiff will tell football’s world governing body that Sala was not eligible to play in the Premier League at the time of his death and was free to join another club had he so wished.

FIFA has given Cardiff until April 3 to respond after Nantes lodged a complaint with them over the Welsh club’s refusal to pay the first £5m instalment of the Sala transfer fee.

It is understood Sala’s Cardiff contract was rejected by the Premier League because it contravened signing-on fee rules.

Sala died before a revised one could be signed and there is a dispute about whether he had agreed to do so before his death.

Cardiff will also tell FIFA that the non-fulfilment of legally-binding clauses in the transfer agreement they struck with Nantes for the player made the deal invalid.

Without these clauses being fulfilled, Cardiff will argue that Sala was perfectly entitled to join another club with more than a week of the January transfer market remaining.

Cardiff had nothing to do with the plane on which Sala and pilot David Ibbotson were killed, saying the player had been offered a commercial flight to travel from France to Wales.

A Cardiff spokesperson said: “The club is aware of the FIFA request for response by April 3 and is processing that accordingly, we have nothing further to comment on it at this stage.”

Nantes’ lawyers first wrote to Cardiff on February 5 asking for the first of three annual payments to be paid within 10 working days.

The deadline was extended but, with no payment received, Nantes carried out their threat on February 27 to take the matter to FIFA’s Dispute Resolution Chamber.

A club spokesperson was quoted in the Daily Telegraph as saying: “FC Nantes has completed all the required paperwork to complete the Emiliano Sala transfer.

“As for Emiliano Sala’s registration in the Premier League, FC Nantes has no information about it.