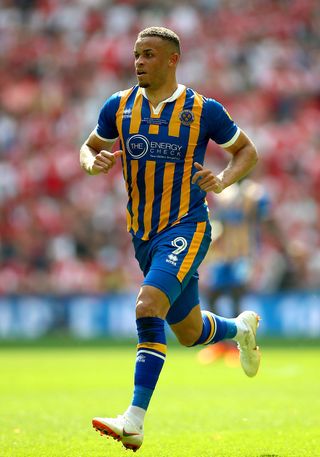 Norwich striker Carlton Morris has signed a one-year contract extension and will spend next season on loan at League One side Rotherham.

Morris missed most of the Canaries’ Sky Bet Championship winning campaign as he recovered from an anterior cruciate ligament knee injury suffered during a spell at Shrewsbury in 2017/2018.

“I’m very grateful to Norwich for extending my contract,” Morris said on www.canaries.co.uk.

“I’ve always wanted to get my chance to play for the team but unfortunately last season with my injury, it prevented me from showing what I’m capable of.

“However, they’ve shown they believe in me and have given me a great opportunity to show what I can do.

“I’m extremely proud of boys this season, seeing them do so well really helped to motivate me when there were points in the season where I was struggling due to injury, but the lads have just been brilliant and I’m so pleased for them.”

Morris, 23, had a short loan spell with the Millers from January 2017, and is looking forward to helping Paul Warne’s men rebuild following their relegation.

“It’s a great opportunity for me and I’m just really looking forward to getting started,” the striker said.

“They are such a talented group, so I’m craving to get minutes on the pitch to help them as much as I can.”