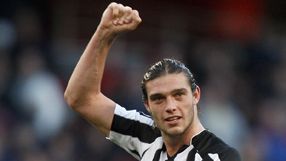 Carroll and Bothroyd, who plays for Championship leaders Cardiff, get their chance because Capello is without injured strikers Darren Bent, Bobby Zamora, Jermain Defoe and Wayne Rooney.

Carroll, 21, has scored seven goals for Newcastle this season, including a hat-trick against Aston Villa in August, but has been involved in trouble off the field and is living with Newcastle skipper Kevin Nolan as part of a court-imposed order.

Before announcing the squad Capello had told reporters that because of Carroll's off-field problems he had asked the Football Association if he could call up the bustling striker.

"I spoke with the FA," Capello said, "And they told me I can pick him. I also spoke with (England Under-21 coach) Stuart Pearce. No problems.

"He is aa really interesting player. He is good in the air. He has good movement without the ball. He finds space. Technically he is good. He is a fighter."

Capello added: "He is 21. He just started to play last season and this season he has exploded.

"He is one for the future for England. I hope that his private life will be better. I hope it will improve. He has to understand that he is now a player in the senior team and you have to be careful at every moment."

Bothroyd, 28, began his career as a trainee at Arsenal 11 years ago and has played for a number of clubs including Perugia, Coventry City and Wolverhampton Wanderers. He has scored 15 goals in all competitions this season.

Smalling, 20, was signed by Manchester United from Fulham for 10 million pounds last season before being loaned back to the west London club. He has made a total of eight appearances for United, scoring once.

Henderson, 20, is an attacking midfielder who broke into the Sunderland side last season and has been ever-present this term.

Capello has made nine changes to the squad originally announced for last month's Euro 2012 qualifier with Montenegro.

Manchester City defender Micah Richards has been called up for the first time by the Italian, having won his last cap in the Euro 2008 qualifying defeat by Croatia in November 2007.

Bolton Wanderers striker Kevin Davies, who played his first game for England last month against Montenegro and scored twice in front of Capello against Tottenham Hotspur last week, has missed out this time despite his recent good form.