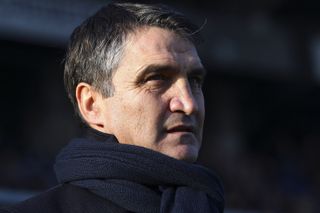 The club have won just three league games this season and sit bottom of Serie A - four points from safety - with De Canio having taken over from Rolando Maran in October.

His last game in charge proved to be the 4-1 reversal against second-tier outfit Siena, with the hosts shipping three goals in the final 31 minutes of his 12th match at the helm.

Catania confirmed De Canio's departure on Thursday, stating on their official website: "Catania announce that they have dismissed from technical management of the first team Luigi De Canio.

"(He) leaves with the thanks of our club for his availability and his efforts."

Catania host fourth-placed Fiorentina in the league on Sunday.