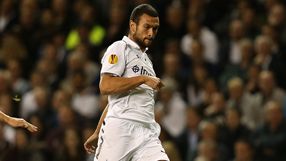 The England U-21 international made just his second start under Andre Villas-Boas during the weekend’s 3-2 win over Manchester United.

Caulker has proved to be an adequate stand in for Frenchman Younes Kaboul, who is currently ruled out until November with a knee injury.

Gallas has now tipped the 20-year-old for a bright future in the game, who made his first Premier League start in the victory at Old Trafford.

"I'm sure he'll be one of the best in England if he works hard," said Gallas, quoted in the Daily Star.

"He did well against United and what I like is that he listens.

"He is focused. He is not afraid to play football or to go forward and that is fantastic for him."

Caulker earned rave reviews for his performances with Swansea City last season, having spent the campaign on loan at the Liberty Stadium.