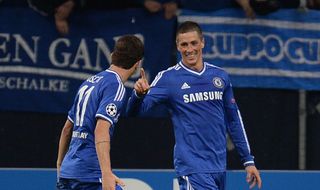 The Spain international striker has consistently come under fire since making a £50million switch to Stamford Bridge from Liverpool in 2011, in particular for his perceived below-par goal return.

His failure to regularly reproduce the scoring feats that made him such a hit at Anfield - where he netted 65 Premier League goals in three and a half years with the club - have seen him struggle to hold down a regular place in the Chelsea attack.

However, the return of Jose Mourinho to the Stamford Bridge dugout during the close-season appears to have given the 29-year-old a new lease of life.

And after creating one and scoring the winner in the 2-1 victory over title rivals Manchester City on Sunday to take his season's tally to five, Cech believes that Chelsea fans are finally beginning to see the very best of the forward.

"This is the debate everybody's been having for a long time," Cech told Chelsea TV.