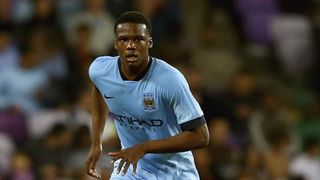 The Belgium international joined City in 2006, but the 24-year-old has struggled to break into the first team at the Etihad Stadium, making just 36 appearances.

The centre-back, who has enjoyed loan spells at Bolton Wanderers and Twente, signed a new two-year contract in May 2014, but has now opted for a fresh challenge at Celtic Park.

"It feels really good. Celtic are a very big club and it feels good to be a part of it," Boyata told Celtic's official website.

"The manager [Ronny Deila] came to see me in Manchester and I spoke to him about having me here and all the ideas he had for me playing for the team.

"So I was very pleased with his plans and from that point I thought that moving to Celtic would be a good idea and we tried to do everything right for me to move here."