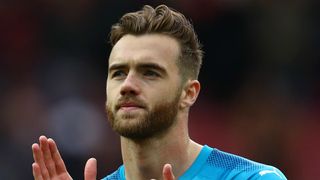 Arsenal manager Unai Emery revealed Calum Chambers would be part of his plans in 2018-19 after the defender signed a new long-term contract at the club.

Chambers joined Arsenal in 2014 and has since made 83 appearances, as well as having a successful loan spell at Middlesbrough in 2016-17 and picking up three England caps.

He made 24 appearances last season as Arsenal finished sixth in the Premier League and reached the Europa League semi-finals.

Emery told the club's official website: "I'm delighted Calum has extended his stay with us.

"He played an important role last season and will be part of my plans this season."