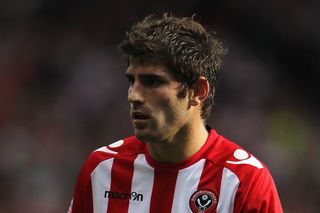 Ched Evans has had his rape conviction referred to the UK's Court of Appeal following the disclosure of new evidence.

Former Sheffield United striker Evans was convicted in April 2012 of raping a 19-year-old woman in a hotel in Rhyl, north Wales. He was released from prison in October 2014 after serving half of his five-year sentence.

A CCRC statement on Monday read: "The Criminal Cases Review Commission has referred the conviction of Ched Evans to the Court of Appeal.

"Mr Evans appeared at Caernarfon Crown Court in April 2012 charged with rape. He pleaded not guilty but was convicted and sentenced to five years’ imprisonment.

"He applied to the Criminal Cases Review Commission in July 2014.

"Following an in depth, 10-month-long investigation, the Commission has decided to refer the case to the Court of Appeal. The referral is made on the basis of new information which was not raised at trial, and which in the view of the Commission, could have added support to Mr Evans’s defence at trial and therefore raises a real possibility that the Court of Appeal may now quash the conviction. It will now be for the Court to hear a fresh appeal to decide the case.

CCRC chairman Richard Foster added: "The decision of the Commission is not a judgment on guilt or innocence in relation to Ched Evans, nor is it a judgment about the honesty or integrity of the victim or any other person involved in the case.

"Our role is to consider applications to see if, in our judgment, there is any basis on which to ask the court to hear a fresh appeal – that is our statutory responsibility.

"In this case we have identified new material which was not considered by the jury at trial and which in our view might have assisted the defence. In those circumstances, it is right and proper for the matter to be before the Court so that they can decide whether or not the new information should affect the verdict in this case."

A statement on the chedevans.com website, which has long campaigned for Evans to be cleared, welcomed the news.

It read: "Ched and those who closely support him, have always maintained that he was wrongly convicted and using new information that was not presented at his trial, we expect that in time his conviction will be quashed.

"The decision to refer Ched's case is welcomed by all who know the true facts and Ched would like to thank all those who have supported him since his conviction in April 2012 and his subsequent release from prison in October 2014.