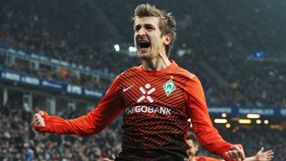 "Both clubs have agreed a fee and the 23-year-old midfielder has agreed personal terms," Chelsea said in a statement on their website on Saturday.

The West London club did not disclose the fee for the player, who was linked with a move to Premier League rivals Tottenham Hotspur in January.

Bremen's director of sport Klaus Allofs was quoted by the BBC as saying: "We have always said that we would be open to talk if any of our players receives a good offer which was also interesting for Werder.

"In the coming weeks, we will deal with the last formalities. We wish Marko all the best for this new challenge."

Born in what was then Yugoslavia in 1989, Marin moved to Germany with his family at an early age and played for Borussia Moenchengladbach before moving to Bremen in 2009.

Marin, who can play as either a central or wide man, has made 87 Bundesliga appearances for Bremen, scoring 12 goals. He was a member of the Bremen side that lost in the 2010 German Cup final to Bayern Munich.

He has played 16 times for Germany, including two substitute appearances in the 2010 World Cup in South Africa.