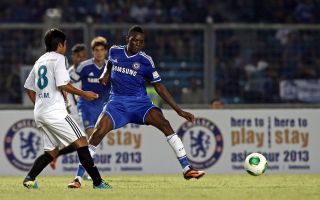 Traore - who made his international debut at the age of 15 - was on trial at Stamford Bridge during the close-season and featured in three games on the club's tour of Asia.

He moves to Stamford Bridge on a four-and-a-half year deal from Association Jeunes Espoirs De Bobo-Dioulasso.

Traore, who was a part of the Burkina Faso side that won the Africa Under-17s Championship in 2011, has 10 senior caps to his name, and featured in the Africa Cup of Nations last year.

He will also likely play a part in his country's FIFA World Cup play-off second leg against Algeria on November 19.

Traore scored twice on Chelsea's tour of Asia and joins a side currently second in the Premier League.