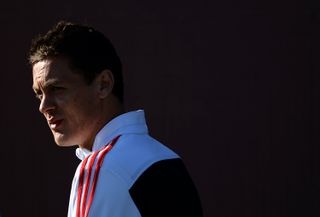 Matic moved to Portugal in January 2011 from Chelsea as part of the deal that took David Luiz to Stamford Bridge.

The £21 million-rated playmaker has been strongly linked with a return to the London club during the January transfer window.

And the Serbia international, who was named Primeira Liga Player of the Year last season, has now confirmed he is on the move and thanked Benfica for their support.

"I have played my last game here," he told A Bola.

"I want to thank all the people at the club and all the supporters. Benfica will forever be in my heart.

"I played here for two and a half years. I gave my best in every training session, every match, and now is the right time to leave.

Matic originally signed for Chelsea in August 2009 from MFK Kosice in his homeland and made just two Premier League appearances, spending the 2010-11 campaign in the Eredivisie on loan at Vitesse.