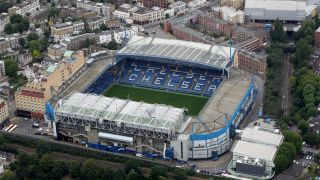 Chelsea say they "apologise profusely" to former player Gary Johnson after he claimed he was sexually abused by the club's then chief scout in the 1970s.

The Blues have also confirmed an external law firm has started an inquiry into their handling of the matter, and vowed to learn the lessons that come out of the current abuse scandal rocking British football.

Earlier this week, Johnson claimed he was paid £50,000 by Chelsea to prevent him disclosing historical allegations of child sexual abuse involving the club's former chief scout, Eddie Heath, who is now dead.

In a lengthy statement released on Saturday, Chelsea said that Johnson had "suffered unacceptably", while also admitting that a confidentiality clause that prevented him from going public was "inappropriate".

The statement read: "Everyone at Chelsea Football Club has been profoundly shocked by news of historical child sex abuse across British football and our heart goes out to all the victims.

"We pay tribute to the enormous courage of the people who have spoken out about the horrific abuse which they endured, including former Chelsea player Gary Johnson. We recognise that to do so, after carrying the burden of those events for so long, must have been an extremely difficult thing to do.

"As we announced earlier this week, we have retained an external law firm to carry out an investigation into historical sexual abuse claims. If further evidence is uncovered we will ensure that we help victims in any way we can.

"Although this abuse took place many decades ago, the last week has also highlighted decisions made more recently in relation to the case of our former player Gary Johnson. We are therefore asking the external law firm to review the way we handled Mr Johnson's case and make recommendations as to how we can improve our procedures in future. We are determined to learn from any mistakes that were made.

"It is clear that Gary Johnson suffered unacceptably while in our employment in the 1970s for which the club apologises profusely. In the summer of 2014 we received a letter of claim from Slater and Gordon, a prominent law firm which handles sexual abuse claims.

"They informed us Mr Johnson had been sexually assaulted by Eddie Heath, who had been employed by the club in the 1970s, and that Mr Johnson would bring a claim seeking compensation due to the fact he considered that the club was liable for the abuse.

"Slater and Gordon confirmed that prior to bringing the claim to the club, the allegations of abuse had been reported to the Professional Footballers' Association in 2013 and then subsequently to the police. We treated Mr Johnson's claim very seriously and immediately instructed external solicitors.

"After requesting some further information, settlement negotiations commenced between Mr Johnson's lawyers and a firm of solicitors, which specialises in abuse claims, appointed by our insurer.

"It was stated by Mr Johnson's solicitors that Heath had inappropriate relationships with other young boys/men from the club although no names were given to us. With the limited information the club received, we were unable to identify any further individuals who may have been subject to abuse.

"When dealing with this matter, the club operated on the basis that the incidents occurred in the 1970s and Heath had died in the early 1980s. Accordingly, Heath was no longer a risk to children.

"The extent to which the club should, notwithstanding this, have commenced a more detailed investigation and reported it to the Premier League and FA is an issue that will be addressed in detail in the club's external law firm review.

"At the time that the settlement was reached, the Board understood it was a usual practice to include mutual confidentiality provisions as part of all settlement agreements and accordingly requested that one be included.

"The clause bound both parties and ensured that neither could reveal details of the case, including details which claimants might reasonably want to keep private. Mr Johnson's solicitors did not raise any objection to the draft confidentiality clause and the terms of the settlement were quickly agreed.

"More recently, against the current backdrop of wider revelations and other victims coming forward bravely to tell their story, we no longer felt it appropriate to keep the confidentiality agreement in place. It was therefore removed.

"The decision to have a confidentiality clause in this case has been subject to significant scrutiny. We have asked the external law firm to review what was done and to make recommendations about best practice for settling claims of this nature in future.

"In advance of that, however, the Board would like to make clear that, in light of what we know now about the wide scale abuse in football clubs in the 1970s and 1980s, it now believes that the use of such a clause while understandable was inappropriate in this instance. We certainly have no desire to hide any historic abuse we uncover from view. Quite the opposite."

A total of 18 police forces are now believed to be examining claims relating to allegations of possible historical abuse in British football.