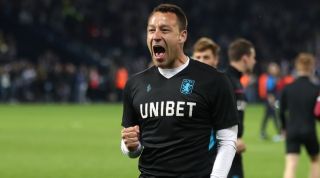 The 38-year-old took his first steps in coaching this season as Dean Smith’s assistant, following the ex-Brentford chief's appointment as Aston Villa manager.

Together they have led the Birmingham club to the Championship play-off final, where they will face Derby County at Wembley on Monday.

talkSPORT has reported that Terry has opened talks with the Riverside hierarchy over succeeding Tony Pulis, who left Boro at the end of his contract last week.

Other candidates for the role include Jonathan Woodgate, Chris Hughton and Gabriel Batistuta, but Terry is also in the frame despite not being considered a favourite by the bookies.

During a 19-year spell at Stamford Bridge as a player, Terry won 15 major trophies to become Chelsea’s most decorated captain.