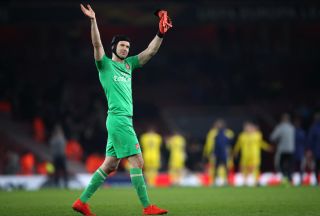 Chelsea have declined to comment on a report former goalkeeper Petr Cech will return to the club in a sporting director role.

Cech, who turned 37 on Monday, confirmed he will retire following the Europa League final between Arsenal and the Blues in Azerbaijan next week.

A report on Tuesday evening suggested Cech – who joined Chelsea from Rennes in 2002 and went on to win a string of trophies, including four Premier League titles and the 2012 Champions League – was set to take up an off-field role at Stamford Bridge.

Chelsea did not comment when contacted by Press Association Sport concerning the story.