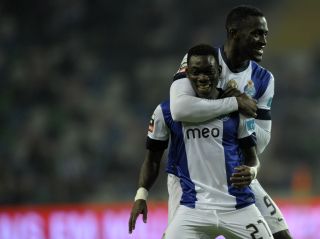 The 21-year-old had also been linked to Liverpool early in the transfer window, but has now opted to sign a deal at Stamford Bridge after moving from Porto.

The Ghana international enjoyed a breakthrough season in 2011-12, scoring six goals in 27 Primeira Liga outings, but saw his output hampered last term by an ankle injury.

Atsu only managed 17 league games last term, scoring once, but that has not served to detract Jose Mourinho from signing the winger from one of his former clubs.

After making his international debut against June 2012 against Lesotho, a game in which he scored, he has gone to net three times in 16 games.

His addition to Chelsea now marks their eighth of the close-season and third of the week, following Willian and Samuel Eto'o, as the transfer window prepares to slam shut on Monday.

He also becomes fifth player on loan at Vitesse from Stamford Bridge.