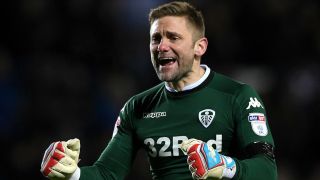 Chelsea have signed goalkeeper Robert Green on a one-year deal as back-up to Thibaut Courtois and Willy Caballero.

The 38-year-old had a similar role at Huddersfield Town last term and appeared to be considering retirement before Chelsea made a move to bring him in on a free transfer to bolster their options in goal.

Green has enjoyed a long career in English football, turning out for Norwich City, West Ham and QPR in the Premier League, while also winning 12 England caps.

And while he had been considering his future towards the end of his time at Huddersfield, Chelsea represented an opportunity Green could not turn down.

Chelsea FC has today completed the signing of Rob Green, who joins to provide backup for Thibaut Courtois and Willy Caballero... July 26, 2018

"It has been a whirlwind 24 hours," he told the club's official website. "You are thinking about your career and where you want to go and then you get a phone call like this, and it is a short conversation.

"It has been a pretty dramatic time for me and I can't wait to get started. I am absolutely delighted and it is a thrill and an honour to be here."

It’s been a crazy few days but I am incredibly excited to have joined one of the biggest clubs in world football in . To have this opportunity at this stage of my career is something truly special, and I can’t wait to get started now. Thanks to everyone for the supportJuly 26, 2018