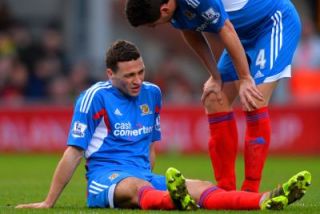 Chester was withdrawn just 15 minutes into the 1-0 defeat at Carrow Road, with the club confirming that he will undergo a scan on the problem.

Manager Steve Bruce is hopeful that the strain will not rule Chester out for long but he remains worried after Chester injured the same hamstring earlier this season - missing more than two months of action as a result.

"James has unfortunately picked up a hamstring (injury) and it’s the same leg as before," Bruce told the club's official website.

"We won't really know until he has scans, but the worry is that it's the same leg. We'll get him scanned and see how he is.

"Hopefully it won't be too bad."

Chester's likely absence would represent a blow for Bruce, whose side are looking to arrest a poor run of form that has seen them win just one of their last nine Premier League matches.