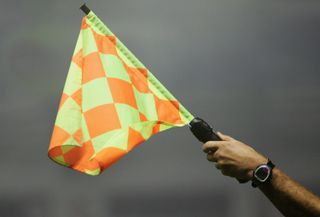 The capital-based club had started the league season with a 4-0 thumping of Colo Colo but had to wait until round 13 to taste success again as they thumped Everton 4-1 to end a six-game losing streak.

Gamadiel Garcia and Felipe Mora scored in the first half for Audax Italiano before Ivan Vasquez and Juan Francisco Cornejo struck after the break to take the hosts four goals clear.

While Angel Rojas got his name on the scoresheet for Everton in the 86th minute, the visitors never had a chance to recover after Audax Italiano's powerful start and slumped to their sixth defeat in seven matches.

The victory on Saturday took Audax Italiano to 11 points and saw them overhaul Rangers and Huachipato on the table.

Huachipato lost 1-0 to Antofagasta to drop to last place with nine points, while Rangers lost 3-2 to Palestino to drop behind Audax Italiano on goal difference.

League leaders Universidad Catolica needed an 82nd-minute winner from Jose Luis Munoz to overcome Cobreloa 2-1 on Sunday, which kept the university-based club three points clear at the top of the table.

Michael Fabian Rios opened the scoring for Catolica in the 28th minute but the Santiago de Chile-based club let Cobreloa back in the match with 15 minutes remaining when Rene Lima put the ball into his own net.

But Munoz came off the bench in the 78th minute and scored after four minutes on the pitch to clinch Catolica's fifth win in six games in all competitions.

Catolica moved to 30 points, while O'Higgins remain second on 27 after thrashing Cobresol 4-0 and Universidad de Chile (22 points) leapfrogged into third above Cobreloa (21) with a 3-0 victory away to Union La Calera.

In a weekend full of goals, Universidad de Concepcion started the round with a 4-1 victory over Colo Colo, while Union Espanola defeated Santiago Wanderers 3-1 and Deportes Iquique cruised to a 4-1 win over Nublense.