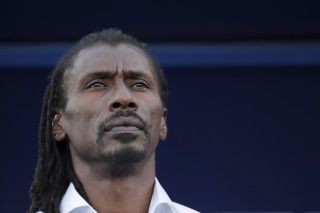 Senegal coach Aliou Cisse insists reaching the Africa Cup of Nations semi-final stage for the first time in 17 years will act as the catalyst to beat Tunisia on Sunday and earn a place in the final.

Not since the 2002 final defeat to Cameroon have Senegal gone this far in the competition but they have a chance to return to the showpiece event.

They face Tunisia in Cairo after Everton midfielder Idrissa Gana Gueye’s goal was enough to see off Benin in the quarter-finals.

Now Cisse, who missed a penalty in the shoot-out loss back in 2002, wants his current crop to use the extended period out of the limelight as inspiration.

“Tunisia are very special and very strong,” he said at his pre-match press conference.

“They possess special skills and their players are capable of creating the difference. However we’re in the semi-finals for the first time since 2002 and this motivates us to win.

“We have improved a lot and I stand by my team.”

Tunisia, meanwhile, have also had to wait over a decade to return to the business end of the tournament.

Winners in 2004, they have not reached the last four since but their coach Alain Giresse believes his players can get the job done and qualify for July 19’s final.

“We are very confident and we will fight to beat Senegal,” he said.

“Reaching the semi-final is very special because Tunisia didn’t have this privilege for a long time.”