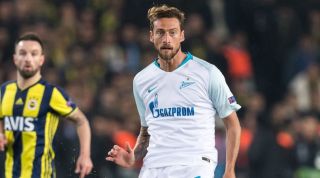 The 33-year-old is a free agent after leaving Zenit St Petersburg over the summer.

According to Gazzetta dello Sport journalist Nicolo Schira, he was approached by the Ibrox club but rejected their advances.

However, he was released midway through his two-year deal in Russia after featuring just 15 times for the club an in injury-hit campaign.