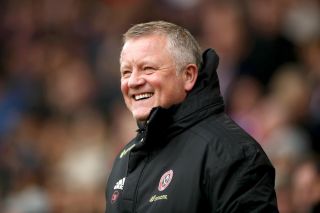 The desire of clubs at both ends of the table to obtain a “competitive advantage” is behind this season’s Premier League transfer spending topping the £1.5billion mark for just the second time, according to Deloitte.

Although the January window has been relatively quiet, the gross spend for the 2019-20 campaign is expected to sail past £1.6bn once it closes and produce the second-highest figure since the introduction of the transfer window system in 2003, after 2017-18’s estimated total of £1.9bn.

That is largely down to a summer window which saw Manchester United make Harry Maguire the world’s most expensive defender at £80m and Arsenal spend £72m on Nicolas Pepe; moves which contributed to a spend of £1.41bn.

United got their cheque book out again in January, bringing in Bruno Fernandes in a big-money move from Sporting Lisbon on Thursday.

But it is not just the Premier League’s ‘big six’ sides who have splashed the cash this season, with newly-promoted Aston Villa shelling out over £100m and more than half of the top-flight clubs breaking their transfer records in the summer window.

Meanwhile, Sheffield United, who have impressed on their return to the Premier League, shattered their transfer record in January as Sander Berge joined from Genk.

Tim Bridge, director in Deloitte’s Sports Business Group, believes the need to be competitive in a high-stakes division is the main reason Premier League clubs have spent so much.

He told the PA news agency: “It fundamentally comes down to competitive advantage being such an important factor for Premier League clubs at all levels.

“So if you are competing up towards the top of the league, then getting an advantage over your rivals to win trophies and qualify for the Champions League is absolutely critical.

🗣️ Ole on @B_Fernandes8: “He's a winner. He was a fantastic captain for Sporting and is going to come here and be a leader as well.”#MUFCpic.twitter.com/HwnTr4qrrO— Manchester United (@ManUtd) January 31, 2020

“And we’ve seen over the years with the calibre of managers that we have in the Premier League that they require the best players almost in order to try and achieve their objectives – and those players come with an associated price tag.

“If you then flick to the clubs who are newly promoted and trying to survive, we’ve seen Sheffield United break their transfer record in January now – in an attempt to really solidify their position in the Premier League.

“And if you look back at last summer, you had Aston Villa spending an awful lot of money in order to try and make sure that they secure their position in the Premier League for the long term.

“Because whilst being in the Premier League for one year is very lucrative – I think the last time we looked at it, it was around £170million, the amount that you would generate for being in the Premier League for just one year – actually if you’re there for two, three, four or five years it can really underpin the business models of these clubs.”