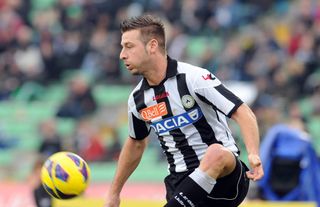 Both players have joined their new club's on season-long deals and are available for this weekend's fixtures.

Coda, who will wear the number 85 shirt for Livorno, goes straight into the squad to face fellow Serie A new-boys Sassuolo on Sunday.

Left-back Pasquale has moved to Torino for the season, having spent the last five seasons at the Stadio Friuli.

The 31-year-old featured in Udinese's first league game of the season, a 2-1 defeat away to Lazio, having made 23 appearances in all competitions last season.

Pasquale will wear squad number 26 and has gone straight into Giampiero Ventura's squad for Sunday's trip to Atalanta.