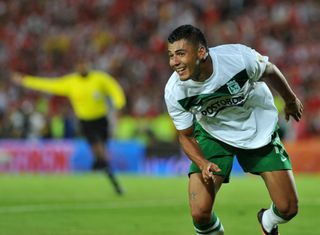 Juan Carlos Osorio's Atletico Nacional were 2-0 winners on the night in the second leg of their Apertura semi-final tie against Santa Fe at the Estadio Atanasio Girardot.

The result saw Atletico Nacional triumph 2-1 on aggregate, having lost the opening leg by a solitary goal away from home.

Atletico Nacional, who were beaten at home by Defensor Sporting in midweek Copa Libertadores action, set out to erase the deficit early.

And they did courtesy of Juan Valencia, who opened the scoring in the 25th minute.

The home side were unable to add to their tally before the half-time interval but they finally got the required second goal on the hour-mark, with Colombian striker Jefferson Duque the hero.

Joining Atletico National in the decider are Junior, who prevailed 5-4 in a penalty shootout at Millonarios after the tie finished 0-0 on aggregate.