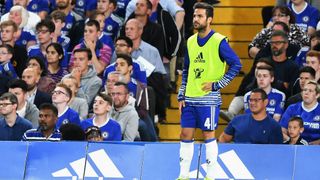 Antonio Conte has dismissed suggestions Chelsea are ready to sell Cesc Fabregas in the January transfer window and is adamant the Spain international still has a role to play at Stamford Bridge.

Fabregas has lost his starting berth following the arrival of Conte as the new man in charge and has played just 26 minutes in four Premier League games.

AC Milan are believed to be keeping a close eye on the 29-year-old's situation with a view to a potential January move, but Conte has stressed Fabregas is going nowhere for now.

"No [we are not considering selling him]. Fabregas is in my plans," Conte said at a news conference.

"We all know he is a fantastic player. Cesc is a great player.

"He is training well and making team selection difficult for me."

Fabregas joined Chelsea from Barcelona in 2014 and has made 99 appearances in all competitions for the club since.

He has a contract with the Premier League side until June 2019.