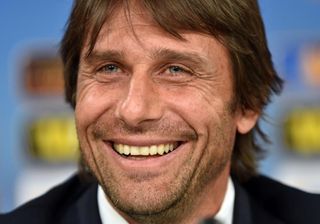 Juve are on the brink of retaining their Serie A title and will move a step closer to European glory if they can claim victory in the first leg of the semi-final at the Estadio da Luz.

Conte's men travel to Portugal looking to put one foot in the final, which will be held at the Juventus Stadium on May 14.

However, he is also wary of a strong Benfica side who wrapped up the Primeira Liga title on Sunday and reached the Europa League final last term.

"It's a tiring but exciting period for all concerned with Juventus," said Conte. "We're in the running for the title and the Europa League final.

"We know we have to come through 180 minutes against a strong side. They've consolidated last year's progress with the league title.

"There are 38 games in the league. Margin for error is minimal in Europe and current form also counts a great deal.

"Winning is always difficult but we'll look to come out on top in both competitions, despite being up against strong opposition.

"Benfica's title win is an important achievement for them. We still need to get there and have to focus on both competitions.

"Jorge Jesus is doing a great job with Benfica and I have immense respect for him and his team."

Conte has an injury concern over Carlos Tevez, following a thigh problem, while Arturo Vidal will miss out with a knee injury.

"Tevez is back training. I'll wait until tomorrow (Thursday) before deciding whether he'll start or not," Conte added.

"Vidal is out. We'll let him rest up and hopefully he'll be back within a week's time."