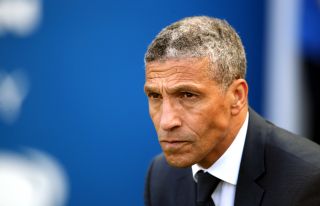 Watford have a managerial vacancy to fill after confirming that Nigel Pearson has left the club.

Hayden Mullins, with Graham Stack as his assistant, will take interim charge for the Hornets’ final two games of the season.

Here, the PA news agency looks at the contenders to be Pearson’s permanent replacement.

The former Republic of Ireland defender would crop up on most English clubs’ wanted list right now. Hughton did a fine job steering Brighton to and keeping the Seagulls in the Premier League. The south coast outfit replaced Hughton with Graham Potter ahead of the current campaign in a bid to move to a more expansive game plan. Hughton remains highly respected within the game for both his coaching acumen and his professional demeanour. The 61-year-old could, however, be put off by Watford’s short-termism, which would on the surface appear at odds with his usually measured views on the game.

Former Valencia and Villarreal boss Marcelino has been out of work since September 2019, when his time at the Mestalla Stadium came to an end. He did lead Valencia to the 2019 Copa del Rey title with a 2-1 win over Barcelona, however, and will clearly be highlighting that to prospective employers. Watford have been no stranger to recruiting European managers, and Marcelino certainly fits the mould of a number of previous Vicarage Road appointments.

Quique Sanchez Flores’ return for a second spell at the Hertfordshire club underlines the owners’ readiness to resurrect prior relationships. Mazzarri managed Sampdoria, Napoli and Inter before his solitary season at Vicarage Road in 2016-17. The Italian kept Watford in the top flight despite departing after just one campaign at the helm and could be in the frame for a return now.

Pardew is eager for work after a short-lived spell at ADO Den Haag in Holland. The 58-year-old’s battle to keep the club in the Eredivisie was cut short by the coronavirus shutdown, although the cancellation of the Dutch campaign also brought with it a scrapping of any relegation. The former Newcastle, Crystal Palace and West Brom boss doubtless left Holland with unfinished business, especially in light of just one win in eight matches. So any opportunity to reassert his Premier League credentials would be welcomed.