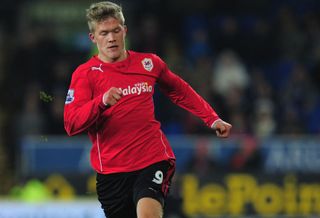 The Danish forward only left his homeland in June, but has struggled to break into the Cardiff side with only 11 appearances for the Premier League side.

His signing was for a then-club-record fee believed to be in the region of £8 million, but he has been severely hampered by an ankle injury for much of the campaign so far.

The 20-year-old has yet to start in the Premier League, but has started in both their FA Cup ties during January without finding the net.

A post on Copenhagen's official Twitter page confirmed they were close to bringing the player back from the Premier League.

It read: "FC Copenhagen to announce that the club is close to closing a deal with Andreas Cornelius. More to follow in the coming days."

The Danish Superliga side are third in the table after 18 games, six points behind leaders Midtjyland and three behind Aalborg.