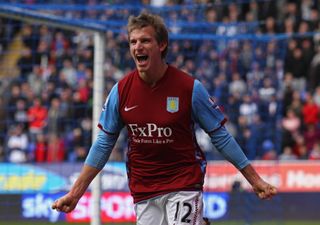 Villa boss Paul Lambert revealed last week that there was a possibility of Albrighton being allowed to leave on loan as he bids to step up his match fitness after undergoing a minor throat operation.

Albrighton is yet to make a Premier League appearance for Villa this season. The former England Under-21 international's 2012-13 campaign was also blighted by injury, but Coyle is a long-time admirer of the 23-year-old and has hinted that the mid-table Championship club are interested in signing him on a temporary basis.

Coyle said: "I've been trying to bring a couple of players in to boost our squad and we will continue to pursue that in the next week," he said.

"(Albrighton) is a very good player, he is a player I tried to sign at Bolton a few years ago but he's an Aston Villa player and, until Paul decides otherwise, then that's how it is.

"But we are always in the market for good players and he is certainly one of those."