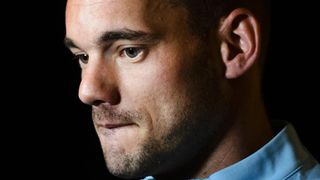 The Netherlands great died on Thursday at the age of 68 following a battle with cancer.

Sneijder was saddened by Cruyff's death as he recalled the last time he saw the former Ajax and Barcelona man.

"I've been able to know Johan Cruyff on a personal level," the Galatasaray midfielder said.

"The last time I saw him was at the birthday of [former Netherlands international] Sjaak Swart.

Netherlands coach Danny Blind said he spoke to his squad after learning of the news on Thursday.

Blind said he owed Cruyff – a "unique player and coach" – plenty for giving him his chance at Ajax.

"And that took my career in a rapid, or on a total other, level. And yes, that's why you have a certain feeling with someone."