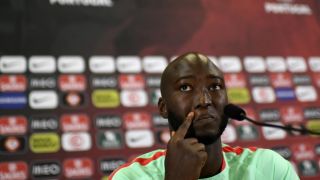 Portugal midfielder Danilo is happy to play "ugly football" so long as they keep winning at Euro 2016.

Fernando Santos' men have struggled to find their best form in France and have received their fair share of criticism following their underwhelming performances.

Danilo is not overly worried about their style, though, and is determined to show what Portugal can do in their upcoming semi-final against Wales.

"I prefer playing ugly and being where we are than playing nice football and being at home right now," Danilo said at a news conference.

"We have an ambitious group of players. Criticism gives us more motivation. It's not easy, we see things in the news but criticism motivate us. They make us determined to prove them wrong.

"I think we haven't played our best yet, but I think we can play it in the game against Wales. If they are confident, great - but so are we. We believe we can win this game and reach the final.

"A final against France would be nice, but against anyone else too."

Portugal will have to contain Gareth Bale if they are to see off Wales and Danilo has acknowledged a difficult match awaits.

"We're aware of Bale, we won't give him space. We know he's fast," Danilo added.

"I think it will be a difficult game against Wales, they are very organised in midfield and we have to be careful with some of their players but also concentrate on our game.

"Wales are a very strong side. They score a lot of goals. They're strong in the air but we have players who are good in the air too. We've faced players in the past who are supposed to be good in the air and we managed to deal with them.

"Wales aren't high in the rankings but they're strong. They wouldn't be here if they weren't. I think the rankings don't influence anything to do with their style or ability."