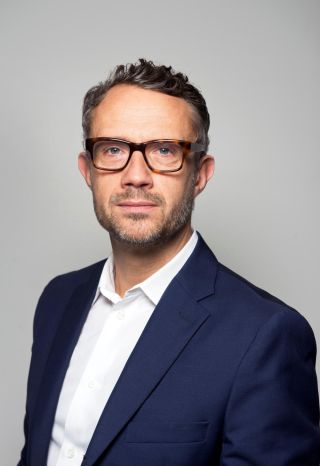 David Pemsel will take over as the Premier League’s new chief executive no later than April 2020.

Here the PA news agency pulls out some facts about the man set to take on one of the most important roles in football.

Taking it to the Bridge

Pemsel has taken down his Twitter account but a social media post from Emily Bell, Guardian columnist and non-executive director of the Scott Trust which owns the Guardian Media Group on Wednesday, appears to have given the game away about where his football loyalties lie – with Chelsea.

A passion for fashion?

Pemsel is a non-executive director of the British Fashion Council, so he is sure to bring with him a bit of extra style to the Premier League.

Pemsel has worked at the Guardian since July 2011, firstly as chief marketing officer before serving as chief commercial officer and deputy chief executive before taking on the top job in 2015.

In a December 2017 interview with the Media Masters podcast, Pemsel said: “Paranoia is a good business trait to have. I think if you’re not paranoid you’re going to be complacent, so constructive paranoia is definitely a business trait one should have right now.”

In the same podcast, Pemsel did not hold back on how he felt Facebook was providing a platform for the sort of ‘fake news’ the Guardian aims to combat.

“While Facebook exists and is as prominent as it is today, fake news is here to stay. It is the perfect platform of which to peddle virality over quality,” he said.

“And we talk about this a lot. I think that Facebook is responsible, needs to take far more responsibility, in understanding how they are negatively adding to the ecosystem of fake news. It is not acceptable, and it’s not good enough to say that we are literally a platform and we’re here just to host whatever works.”