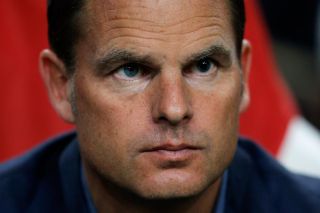 The Amsterdam outfit were crowned champions after a 1-1 draw at Heracles.

Sunday's celebrations were a far cry from the previous weekend, when Ajax were thumped 5-1 by PEC Zwolle in the final of the KNVB Beker.

De Boer won five titles with Ajax as a player and took delight from his fourth crown as a coach, pointing to results against rivals as a key factor.

"We've beaten almost all our direct competitors. The title is justified," he said.

"I am proud. It was not the prettiest game, but eventually we dragged in the title.

"If we see that after the winter break we beat Feyenoord, Twente and PSV and drew with Vitesse, then we are worthy champions.

"Over the whole season we've been the best."