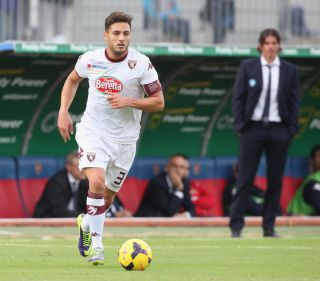 The 25-year-old had been at Torino since 2010 and was a key part of the side that achieved promotion to Serie A under Giampiero Ventura in 2011-12.

Talks over a contract extension at Torino recently broke down, however, and he will now ply his trade at San Siro.

A statement on Inter's official website said: "The documents by which the Nerazzurri acquired the defender from Torino outright were filed this morning (Thursday) at Serie A offices.

D'Ambrosio becomes the first Inter signing of the Erick Thohir era, with the Indonesian having finalised his takeover of the club in October.

As part of the deal, Torino have signed 19-year-old Inter striker Matteo Colombi on a temporary basis, with the option to open a partnership for the rights of the player.