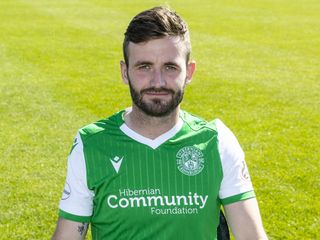 Hibernian will be without defenders Jason Naismith and Ryan Porteous for the Ladbrokes Premiership contest with Hamilton.

The pair went off with knee injuries against Dundee United on Sunday.

Stephane Omeonga could play after returning to the club on loan from Genoa while Stevie Mallan (knee) remains out.

Aaron McGowan and Jamie Hamilton will miss Hamilton’s trip to Hibernian because of knocks.

Ciaran McKenna and Ryan Fulton remain on the sidelines with knee injuries.

Accies are looking to make it three wins in a row for the first time this season.