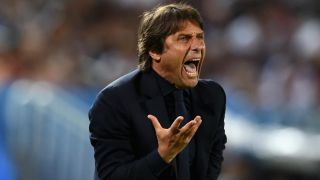 The 46-year-old is set to start work at Stamford Bridge this month after taking a holiday following his exploits with Italy at Euro 2016, where they reached the quarter-finals.

Chelsea, champions in 2014-15, endured a dismal campaign last year, finishing 10th in the top flight and failing to win a trophy having won a Premier League and League Cup double the season before.

But Del Piero, who won five Serie A titles and the Champions League alongside Conte during his Juve playing career, has no doubt that he can challenge for the top prize in what promises to be a hotly contested title race.

"He's a good guy, he loves to work a lot," Del Piero told Sky Sports of Conte, who claimed three league titles in a row as Juve coach.

"If he has a chance to talk to players in the right way, and if they understand what he wants, Chelsea can have a very good season and probably win the title.

"It's not easy, the Premier League is amazing this year in terms of players and coaches, but he has a chance."