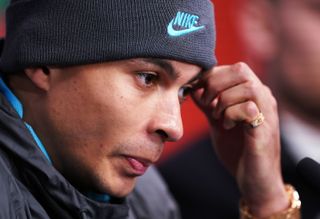 Tottenham midfielder Dele Alli has been handed a one-match ban by the Football Association for a social media post mocking coronavirus.

Alli posted a video on Snapchat in early February, before the pandemic took hold, making fun of an Asian man in an airport before promptly deleting the post.

He was charged on February 26 with misconduct and his case has finally been heard, with the FA handing out a one-game suspension, meaning he will miss next Friday’s clash with Manchester United.

The England international has also received a £50,000 ban and been made to attend an educational course.

An FA statement read: “Dele Alli has been suspended for one match with immediate effect, fined £50,000 and must undertake a face-to-face education course following a breach of FA Rule E3.

“The Tottenham Hotspur FC player denied that a social media post breached FA Rule E3(1), as it was insulting and/or improper and/or brought the game into disrepute, and constituted an “Aggravated Breach”, which is defined in FA Rule E3(2), as it included a reference, whether express or implied, to race and/or colour and/or ethnic origin and/or nationality.

“However, it was subsequently found proven by an independent Regulatory Commission.”

Tottenham are still waiting on the outcome of Eric Dier’s misconduct charge after he climbed into the stands to confront a Spurs supporter following the FA Cup exit to Norwich in March.