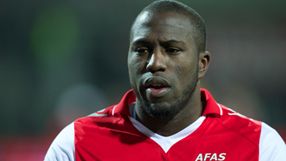 Those responsible had a week to turn themselves in to the club, Den Bosch said in a statement on Wednesday.

"If they don't then we will use the pictures from our security system to find out," Den Bosch director Peter Bijvelds said.

"The perpetrators will receive a ban, while we will also investigate what the possibilities are for legal prosecution."

During the game, won 5-0 by Alkmaar, referee Reinold Wiedemeijer twice warned the home fans via club officials to stop their racist chants and he was set to suspend the match five minutes before the interval.

The referee spoke briefly with Altidore and the Alkmaar striker said he wanted to play on.

"We were playing a good game and wanted to go on," Altidore told reporters. "I decided not to react to this stupid behaviour and that is better, although it is sad that things like this still happen."

Wiedemeijer suspended the match briefly early in the second half after his assistants were pelted with ice and snowballs.

The Dutch Football Association (KNVB) have opened an investigation into the behaviour of the Den Bosch crowd.

Den Bosch still have a conditional fine hanging over them after crowd violence during a relegation match in May 2012 at Willem II Tilburg.